Amber Laura Heard (born April 22, 1986) is an American actress and model. She played the lead and title character in All the Boys Love Mandy Lane, which debuted at the Toronto International Film Festival in 2006. Heard's first starring role came in 2007 on the CW television show Hidden Palms. Her breakthrough came in 2008 with roles in Never Back Down and Pineapple Express. In 2009, Heard starred in The Stepfather and also had a small role in the horror-comedy Zombieland. She next starred in The Joneses and And Soon the Darkness (both 2010), John Carpenter's The Ward, alongside Nicolas Cage in Drive Angry, and alongside Johnny Depp in The Rum Diary.

Henry Byalikov is a professional dancer. Henry’s dance career began at 9 years of age. His talent soon was made apparent when, at the age of 11, he became Australian Juvenile Graded Latin Champion. As he honed his craft he acquired many prestigious accolades, such as Undefeated State Adult Latin and Ballroom Champion, and South Pacific Champion. When he turned 18 Henry appeared in his first Australian TV show, ABC’s ‘Strictly Dancing’, finishing as runner up for the final. Later as he turned 22 he competed in the first season of Channel 10’s hit show ‘So You Think You Can Dance’, this is where Henry’s unique style and versatility was demonstrated significantly. As a result, he placed in the top 4 males in the country. Following ‘So You Think You Can Dance’ he received significant interest from Channel 7’s hit TV show ‘Dancing With The Stars’ to appear as a professional and join the cast. Henry was the first in the series to receive perfect 10/10s in the 4th week. Most recently Henry has been asked to perform in USA’s ‘Dancing With The Stars’, as a professional and has been contracted to The Tasmanian Ballet, which he considers to be an honour and a wonderful opportunity that he is very grateful and appreciative for. 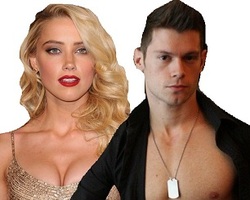