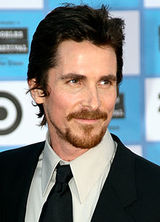 Christian Charles Philip Bale (born January 30, 1974) is an English actor. Best known for his roles in American films, Bale has starred in blockbuster films and smaller projects from independent producers and art houses. Bale first caught the public eye at the age of 14, when he was cast in the starring role of Steven Spielberg's Empire of the Sun (1987). Based on the original story by J. G. Ballard, Bale played an English boy who is separated from his parents and subsequently finds himself lost in a Japanese internment camp during World War II. In 2000, he garnered acclaim for his portrayal of serial killer Patrick Bateman in American Psycho. He earned a reputation as a method actor after he lost 63 pounds to play the title role in the 2004 film The Machinist. Bale went on to receive greater commercial recognition for his role as Bruce Wayne/Batman in Christopher Nolan's Batman Begins (2005), The Dark Knight (2008), and The Dark Knight Rises (2012). He also portrayed Dicky Eklund in the biopic The Fighter (2010), for which he received critical acclaim and won several awards, including the Academy Award for Best Supporting Actor, the Golden Globe Award for Best Supporting Actor and the Screen Actors Guild Award for Outstanding Performance by a Male Actor in a Supporting Role.

Edyta Śliwińska (born May 6, 1981) is a professional ballroom dancer. She is best known for her appearances on the American version of the reality television series Dancing with the Stars. Śliwińska appeared on all of the first ten seasons of the American series, but did not return for the eleventh or twelth season. 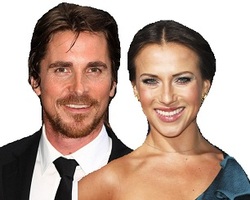