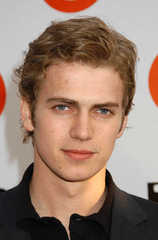 Hayden Christensen (born April 19, 1981) is a Canadian actor. He appeared in Canadian television programs when he was young, then diversified into American television in the late 1990s. He moved on to minor acting roles before being praised for his role of Sam in Life as a House, for which he was nominated for a Golden Globe Award and Screen Actors Guild Award. He gained international fame portraying the young Anakin Skywalker/Darth Vader in Star Wars Episode II: Attack of the Clones and Star Wars Episode III: Revenge of the Sith. He was discovered when his older sister Hejsa, a former trampoline champion, was shopping around for an agent after he landed a role in a Pringles commercial. In 2007, Christensen began dating actress Rachel Bilson, whom he had met the previous year while filming Jumper. They became engaged on December 25, 2008. In mid-2010, the couple split up, but were dating again a few months later. Christensen performed a public service announcement for Do Something's Teens for Jeans Campaign in 2008. He appeared as a model in Louis Vuitton's advertising and was also named as the face of Lacoste's newest fragrance, Lacoste Challenge. Featured in RED’s new Lazarus Effect Campaign, which is intended to increase awareness for its efforts to fight AIDS in Africa. 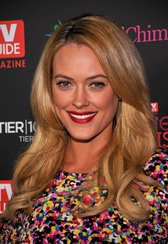 Peta Jane Murgatroyd (born July 14, 1986) is a professional ballroom dancer. Peta was born in Auckland, New Zealand and raised in Perth, Western Australia. She currently resides in Los Angeles, where she continues to dance and has embarked on a career in television. After achieving her life long goal of being on Broadway, she ended her stage career in January 2010 to pursue a career in film and television. Peta has performed regularly on the hit shows Dancing With The Stars in Australia and America and So You Think You Can Dance in Australia and Holland. She has choreographed and performed with great artists Heart, Rod Stewart, Taio Cruz, Enrique Iglesias. She toured with the ballroom dancing company Ballroom With A Twist, in 2010 for their Canadian tour. Peta’s life has always revolved around dance and she couldn’t ask for a more rewarding career. 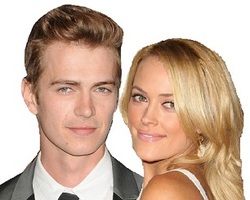