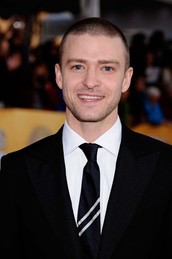 Justin Randall Timberlake (born January 31, 1981) is an American pop musician and actor. He achieved early fame when he appeared as a contestant on Star Search, and went on to star in the Disney Channel television series The New Mickey Mouse Club, where he met future bandmate JC Chasez. Timberlake became famous in the late 1990s as the lead singer of the boy band 'N Sync, whose launch was financed by Lou Pearlman. In 2002, he released his debut solo album, Justified, which sold more than 7 million copies worldwide. The album was a commercial success, spawning the hits "Cry Me a River" and "Rock Your Body". Timberlake continued his success with his second solo album, FutureSex/LoveSounds (2006), debuting at number one on the Billboard 200 chart, and produced the US number-one hit singles "SexyBack", "My Love", and "What Goes Around... Comes Around". Timberlake has won six Grammy Awards and four Emmy Awards. His first two albums made him one of the most commercially successful singers in the world, each selling in excess of 7 million copies. He also has an acting career, having starred in films such as The Social Network, Bad Teacher and Friends with Benefits. His other ventures include record label Tennman Records, fashion label William Rast, and the restaurants Destino and Southern Hospitality. 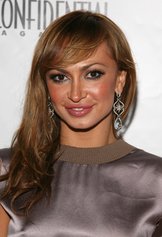 Karina Smirnoff (born January 2, 1978) is a Ukrainian professional ballroom dancer. She is a five-time U.S. National Champion, World Trophy Champion, and Asian Open Champion. She has made numerous candid appearances on reality shows such as Dancing with the Stars, and Chelsea Lately, featuring Chelsea Handler. Smirnoff has appeared nude in a PETA advertising campaign with the tagline "I'd rather dance naked than wear fur" and also has appeared nude in the May 2011 issue of Playboy. 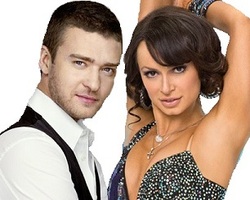