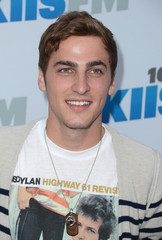 Kendall Francis Schmidt (born November 2, 1990) is an American actor and singer. He is best known for playing Kendall Knight in Big Time Rush. He has played small roles on different TV shows such as ER, Without a Trace and Frasier. He was born in Wichita, Kansas to Kent and Kathy Schmidt. He is the youngest of three. His brothers are Kenneth Schmidt and Kevin Schmidt who starred in hit film, '"Cheaper by the Dozen", "Cheaper by the Dozen 2", and "Princess Protection Program". Schmidt started singing at the age of 5. In mid 2009, Schmidt was cast in the Nickelodeon series Big Time Rush as one of the four main characters, Kendall Knight. The show premiered to a record breaking 7.1 million total viewers, making it the highest rated premiere for a live action series in Nick history. 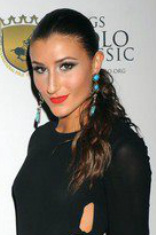 Nicole Volynets is a professional ballroom dancer. She and her brother, Ted, joined the DWTS 'Troupe' (a group of professional dancers on the show who are not actual dance partners) during Season 12. She has since appeared in many pro dancer performances on the show. 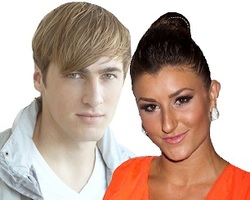