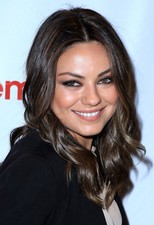 Milena Markovna Kunis (born August 14, 1983) is an American actress. At the age of seven, she moved from Ukraine to Los Angeles, with her family. After being enrolled in acting classes as an after-school activity, she was soon discovered by an agent. She appeared in several television series and commercials, before acquiring her first significant role prior to her 15th birthday, playing Jackie Burkhart on the television series That '70s Show. A year later, she was cast as the voice of Meg Griffin on the animated series Family Guy. Her breakout film role came in 2008, playing Rachel Jansen in Forgetting Sarah Marshall. Subsequent film roles included Mona Sax in Max Payne, Solara in The Book of Eli, Jamie in Friends with Benefits, and Lori in Ted. Her performance as Lily in Black Swan gained her worldwide accolades, including receiving the Premio Marcello Mastroianni for Best Young Actor or Actress at the 67th Venice International Film Festival, and nominations for a Golden Globe Award for Best Supporting Actress and a Screen Actors Guild Award for Outstanding Performance by a Female Actor in a Supporting Role. At the age of 18, she began a relationship with actor Macaulay Culkin that lasted eight years. 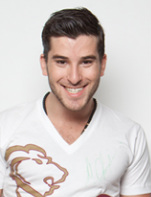 Ted Volynets is an American ballroom dancers. He is a close friend to the Chmerkovskiy family of dancers who appear on Dancing with the Stars. He and his sister Nicole joined the troupe on Dancing with the Stars in early 2011 for Season 12. He and Nicole both danced to many musical guest performances during the results show that season. He has since left the show, as has sister Nicole.

This is Ted's first season with the DWTSGame. 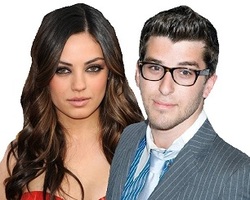