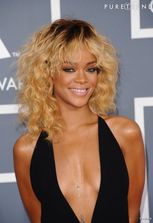 Robyn Rihanna Fenty (born February 20, 1988), better known as simply Rihanna, is an R&B recording artist. Born in Saint Michael, Barbados, Rihanna moved to the United States at the age of 16 to pursue a recording career under the guidance of record producer Evan Rogers. She subsequently signed a contract with Def Jam Recordings after auditioning for then-label head Jay-Z. In 2005, Rihanna released her debut studio album, Music of the Sun, which peaked in the top ten of the Billboard 200 chart and features the Billboard Hot 100 hit single "Pon de Replay." Less than a year later, she released her second studio album, A Girl Like Me (2006), which peaked within the top five of the Billboard albums chart, and produced her first US number one single, "SOS", as well as the top 10 singles "Unfaithful" and "Break It Off". Rihanna's third studio album, Good Girl Gone Bad (2007), which peaked at number two on the Billboard 200, featured five top ten hits including three US number one hit singles—"Umbrella", "Take a Bow" and "Disturbia"—and the worldwide hit "Don't Stop the Music". The album was nominated for nine Grammy Awards, winning Best Rap/Sung Collaboration for "Umbrella," which features Jay-Z. Her fourth studio album Rated R, released in November 2009, produced the hit single "Rude Boy", which achieved the number-one spot on the Billboard Hot 100. Loud (2010), her fifth studio album, spawned the number-one hits "Only Girl (In the World)", "What's My Name?" and "S&M". Rihanna has sold more than 20 million albums and 60 million singles making her one of the best selling artists of all time. She has achieved ten number-one singles on the Billboard Hot 100 since first appearing on the chart on June 11, 2005, which is the most by any artist during that time span. As of March 18, 2011, Rihanna has sold approximately 6 million album units and over 33,7 million digital singles in the US. She has sold over 10 million records in the UK. Billboard named Rihanna the Digital Songs Artist of the 2000s decade. She has received several accolades, including the 2007 World Music Awards for World's Best-Selling Pop Female Artist and Female Entertainer of the Year, and the 2011 Brit Award for Best International Female Solo Artist. She has also amassed a total of four Grammy Awards, four American Music Awards, and eighteen Billboard Music Awards. 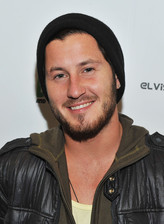 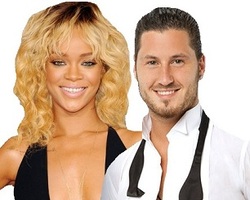