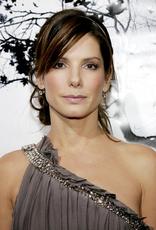 Sandra Annette Bullock (born July 26, 1964) is an American actress and producer who rose to fame in the 1990s, after roles in successful films such as Speed and While You Were Sleeping. She has since established her career with films such as Miss Congeniality, Two Weeks Notice, and Crash, the third of which received critical acclaim. In 2007, she was ranked as the 14th richest female celebrity with an estimated fortune of $85 million. In 2009, Bullock starred in the most financially successful films of her career, The Proposal and The Blind Side. Bullock was awarded a Golden Globe Award for Best Actress, a Screen Actors Guild Award for Outstanding Performance by a Female Actor in a Leading Role, and the Academy Award for Best Actress, for her role as Leigh Anne Tuohy in The Blind Side. 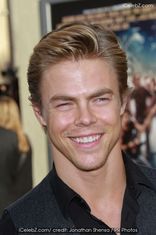 Derek Hough (born May 17, 1985) is an American dancer, choreographer, musician and actor. A world champion in Latin American Dance, Hough has appeared since September 2007 (Seasons 5 though 11) on the hit U.S. television series Dancing with the Stars, where he is a three-time champion (with Nicole Scherzinger, Brooke Burke, and Jennifer Grey), two-time semi-finalist (with Jennie Garth and Joanna Krupa) and a Quarter-Finalist with Lil' Kim. Hough has earned three Creative Arts Primetime Emmy nominations for Outstanding Choreography (2009 and 2010) for his work on the show. Prior to joining Dancing with the Stars, Hough starred as Ren in the 2006 original cast production of Footloose: The Musical at the Novelo Theatre in London's West End, as well as on the 2006 U.K. national tour. Hough's West End performance earned him a nomination as The Stuart Phillips London Newcomer of the Year in the Whatsonstage.com Theatregoers' Choice Awards. Hough made his Broadway debut on January 8, 2010, starring with Kym Johnson and Mary Murphy in Burn the Floor for the final four performances of the show's Broadway run. A founding member of the Ballas Hough Band (formerly Almost Amy), Hough shares lead vocals, plays guitar and has several songwriting credits on the band's self-titled debut CD, released by Hollywood Records in March 2009. 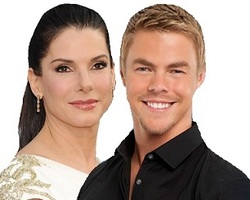