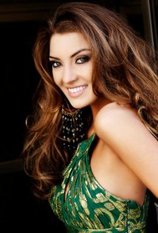 Brittany Dawn Brannon (born March 3, 1989) is a beauty pageant contestant who was Miss Arizona USA 2011. The pageant took place on November 21, 2010 at the Mesa Arts Center, Ikea Theater in Mesa, Arizona. She competed in the Miss USA 2011 pageant and placed in the Top 16, losing to Alyssa Campanella of California. The pageant took place in Las Vegas, Nevada. In 2007, Brannon was crowned and held the title of Miss Teen America. In July 2011, Brittany was Taft-Hartley signed for the NBC series Grimm promo, which will be released in September 2011. The series will begin In October of Fall 2011. Brittany is a member of Screen Actors Guild and currently resides in Malibu, California where she attends Pepperdine University, majoring in Broadcast News and Art History. She will be working for NBC Universal this fall as an Intern on NYC's – The Today Show. 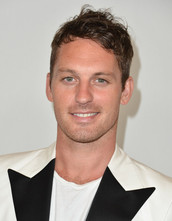 Tristan MacManus (born July 23, 1982) is an Irish dancer, best known for his appearances on Dancing with the Stars. Tristan MacManus began dancing in his hometown of Bray, County Wicklow, Ireland before moving on to compete around Europe, eventually winning numerous Juvenile, Junior and Amateur competitions. After appearing in Ella Enchanted, he performed in theatre productions throughout Ireland, most notably in Cork City Opera House and The Gaiety Theatre, including Bryan Flynn's production of Oliver! and Aladdin, among others. Next, he joined the UK tour of Simply Ballroom and, after a successful tour in London and Las Vegas, went on to Australia and America where he toured as a featured dancer with Burn The Floor and Floorplay. After numerous world tours and a year teaching Ballroom and Latin dancing in Boston, he returned to Europe to join the cast of Dirty Dancing as Dance Captain. He then went on to do a second stint on The West End stage in London. MacManus made his first appearance on the twelfth season of Dancing with the Stars as part of the "dance troupe," performing multiple dances during the results show. In the show's thirteenth season he returned along with fellow troupe member, Peta Murgatroyd, to compete as a contestant. His dancing partner is HLN hostess and former prosecutor Nancy Grace. They were eliminated on Week 8, just one week before the semifinals. They then received 5th place. 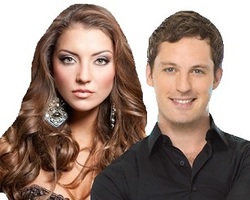