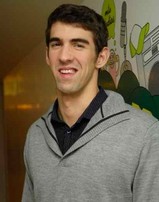 Michael Fred Phelps II (born June 30, 1985) is a retired American swimmer and the most decorated Olympian of all time, with a total of 22 medals. Phelps also holds the all-time records for Olympic gold medals (18, double the second highest record holders), Olympic gold medals in individual events (11), and Olympic medals in individual events for a male (13). In winning eight gold medals at the 2008 Beijing Games, Phelps took the record for the most first-place finishes at any single Olympic Games. Five of those victories were in individual events, tying the single Games record. In the 2012 Summer Olympics in London, Phelps won four golds and two silver medals, making him the most successful athlete of the Games for the third Olympics in a row. Phelps is the long course world recordholder in the 100-meter butterfly, 200-meter butterfly and 400-meter individual medley as well as the former long course world recordholder in the 200-meter freestyle and 200-meter individual medley. He has won a total of 71 medals in major international long-course competition, 57 gold, 11 silver, and three bronze spanning the Olympics, the World, and the Pan Pacific Championships. Phelps's international titles and record-breaking performances have earned him the World Swimmer of the Year Award six times and American Swimmer of the Year Award eight times. His unprecedented Olympic success in 2008 earned Phelps Sports Illustrated magazine's Sportsman of the Year award. After the 2008 Summer Olympics, Phelps started the Michael Phelps Foundation, which focuses on growing the sport of swimming and promoting healthier lifestyles. He expects to do further work with his foundation after the 2012 Olympics, which he has said will be his last. 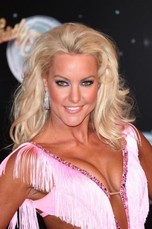 Natalie Lowe (born August 15, 1980) is an Australian professional dancer and Ballroom expert. She is a four-time Australian Dance Champion, She is from Melbourne, Victoria, Australia. She joined Seven Network's Dancing with the Stars in 2004, partnering athlete Matt Shirvington. She then partnered Ian Roberts, and won the 2006 series with AFL legend Anthony Koutoufides. She then partnered Home and Away actor Tim Campbell, and in 2008 partnered boxer Danny Green. Lowe competed as a new professional dancer on the seventh series of the original British version of Strictly Come Dancing, partnering Hollyoaks' Ricky Whittle. Lowe joined the show with fellow newcomers Aliona Vilani and Katya Virshilas. After their first dance together in front of the judges, Lowe and Whittle were described by head judge Len Goodman as maybe the most formidable couple Strictly Come Dancing had ever seen. Even so, Lowe and Whittle finished second overall. She competed in the 2010 series partnering Scott Maslen. The couple were eliminated in the Semi-Final of the competition along with Gavin Henson and Katya Virshilas. In series 8 her professional partner was New Zealand bad boy Brendan Cole. On 15 June 2011 the BBC announced that Natalie Lowe will again be one of the professional dancers teaching a celebrity in the 2011 series of Strictly Come Dancing. She was partnered with Boxer Audley Harrison, they were the sixth couple to leave. 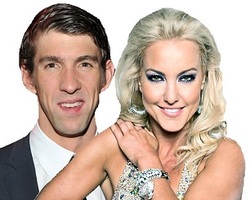