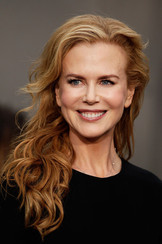 Nicole Mary Kidman AC (born 20 June 1967) is an Australian-American actress, singer and film producer. Kidman's film career began in 1983. She starred in various Australian film and television productions until her breakthrough in the 1989 thriller Dead Calm. Following several films over the early 1990s, she came to worldwide recognition for her performances in Days of Thunder (1990), Far and Away (1992), and Batman Forever (1995). She followed these with other successful films in the late 1990s. Her performance in the musical, Moulin Rouge! (2001) earned her second Golden Globe Award and first Academy Award nomination for Best Actress. Her performance as Virginia Woolf in the drama film The Hours (2002) received critical acclaim and earned Kidman the Academy Award for Best Actress. Kidman's other notable films include To Die For (1995), Eyes Wide Shut (1999), Cold Mountain (2003), The Interpreter (2005), and Australia (2008). Her performance in 2010's Rabbit Hole (which she also produced) earned Kidman further accolades including a third Academy Award nomination for Best Actress. In 2012, she earned her first Primetime Emmy Award nomination for Outstanding Lead Actress in a Miniseries or a Movie for her role in Hemingway & Gellhorn. Kidman has been a Goodwill Ambassador for UNICEF since 1994 and for UNIFEM since 2006. Kidman's work has earned her a Star on the Hollywood Walk of Fame, three Golden Globe Awards, one BAFTA, and an Academy Award. In 2006, Kidman was made a Companion of the Order of Australia, and was also the highest-paid actress in the motion picture industry. As a result of being born to Australian parents in Hawaii, Kidman has dual citizenship in Australia and the United States. Nicole Kidman founded and owns the production company Blossom Films.

Dmitry Alexandrovich Chaplin (born July 14, 1982) is an International Latin dancer and an Emmy Nominated choreographer, best known for being a Top 10 finalist on the TV show So You Think You Can Dance (Season 2). He was famous for constantly performing shirtless, with one solo routine having him rip off his shirt. Chaplin was selected to be a professional on season 8 of Dancing with the Stars. While he was originally supposed to have Jewel as his celebrity partner, she withdrew because of fractured tibias in both legs; his partner ended up being Holly Madison. Chaplin finished in 2nd place in season 9 of Dancing with the Stars with singer, Mýa. He recently competed on season 12 of Dancing with the Stars with supermodel Petra Němcová. They were the fourth couple eliminated on April 19, 2011. Dmitry choreographed Chelsie Hightower and Joshua Allen in an Argentine Tango in July 2008; a year later he was nominated for a Primetime Emmy Award for Outstanding Choreography. 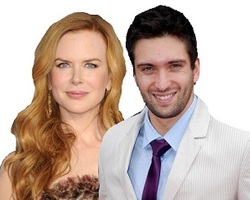